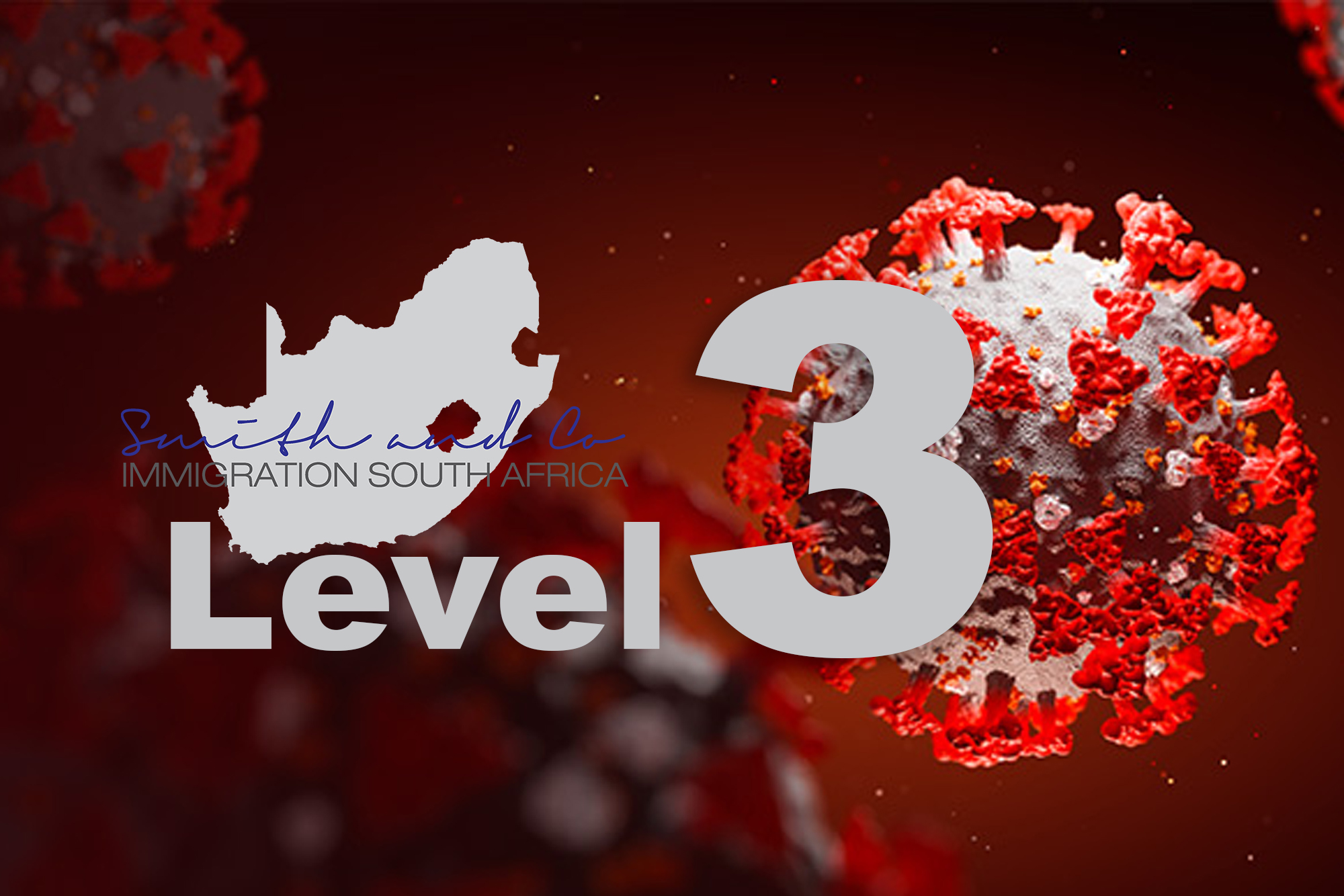 On the 28th of May the Presidency addressed the Nation on LEVEL 3 regulations to be put into effect on 1 June 2020. In terms of two announcements made during the day there are various factors which impact visa and residency holders in South Africa, as well as those wishing to enter our borders.

The first thing to note, with some disappointment, is that no visa or permitting functions will be open to the public in South Africa and at missions abroad during LEVEL 3. We had hoped that the Department would utilize Level 4 to process applications already submitted and tackle the growing, and concerning, backlog it has in certain residency categories. It appears that in addition to not accepting new cases under Level 3, there are still no plans to adjudicate on applications already submitted, some of which have been pending for several years.

South African borders are still closed for travel except for exceptional cases. These are recorded to be:

3.       The return of stranded and distressed RSA citizens or permanent residents back to the Republic;

4.       The repatriation of foreign nationals by respective foreign Missions to their country of nationality or permanent residence;

5.       Allowing South African nationals or permanent residents to return to their place of employment, study or residence outside of South Africa; and

6.  Daily commuters from neighboring countries who attend school, who will be allowed to enter our borders with a special permit subject to all COVID-19 regulations on transport and health.

The regulations also state that Home Affairs may allow certain categories of international travel to resume once it is deemed safe to do so. We hope this pertains to allowing those temporary residence visa holders who are outside of South Africa at present and who wish to return.

In Nkosazana Dlamini Zuma’s speech she stated that “The Minister of Home Affairs will also elaborate on the category of persons allowed to undertake international travel under exceptional circumstances these include those returning to work, study or residence here and abroad”. At present, however, foreign nationals wishing to return to South Africa have not yet been specifically mentioned in the regulations.

The Inspectorate, which forms part of coordinated security operations, will ensure that any undocumented or illegal nationals who are detained will be subject to deportation.

Asylum and refugee services will remain closed. All asylum seeker permits lawfully issued which have expired or are to expire during the period of the national state of disaster are deemed to have been extended up to and including 31 July 2020.